We will first present to you all the modes of transport that are available in Paris before proceeding to focus on transport fares and monthly pass. 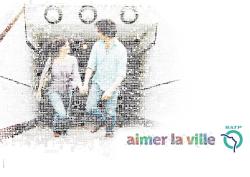 Transportation system in Paris is huge. It can even be confusing if you are not accustomed to crowded places.
Besides, apart from the fact that our public transportation is crowded, it is common to be delayed due to technical breakdowns or strikes.
Nevertheless, we are pretty sure that you will appreciate Paris transportation. Because the lines are well-developed and allow you go everywhere!
We should warn you, however, that some stations are really big.  If you have to change lines, don't worry if you get lost in the station — this happens to the locals too. It is also normal to have to walk inside a station for about 10 minutes to reach another line ;).

Metro: Metro is the favorite mode of transport for Parisians. Composed of 16 lines (14 lines + 2 secondary lines), the metro starts at 5 AM every day and closes at 1:15 AM from Sunday to Thursday and at 2:15 AM on Friday and Saturday night. It operates every 2 minutes during rush hour and every 5 minutes at other times. If you like to go out every night, there is an iPhone app to let you know when the last metro is ;)

RER: RER is something in between the Metro and an Urban Train. It covers suburban areas around 30 km of Paris from East to West, North to South and passes through the main stations in Paris.
Composed of 5 lines (A,B,C,D,E) it operates from 5 AM and closes around midnight.
The trains run approximately every 6 minutes.

Bus: There are lots of buses in Paris. It is impossible to know all the lines. The best way to find out about bus routes is by asking the cashier at the Metro ticket office near your accommodation or university to know exactly which bus lines you could take and where they go.
Buses are one of the best ways to discover the city.
But taking a bus during rush hour is complete madness because you might be stuck in traffic jam for ages! As far as possible, avoid buses between 8:00- and 9:30 AM as well as 4:00 – and 6:00 PM.

Noctilien (aka Night Bus): When the Metro, RER, suburban railway and normal buses cease operation, the Noctilien takes over.
Noctilien is a night bus service and you can recognize it because the number of the line begins with 'N' – e.g. 'N 141'.
To get to know the timetable and where the buses go, we recommend that you check the Noctilien website first.
Pay attention when you take one of these buses because most of the Noctilien lines travel far into the suburbs. Keep a look for your stop to avoid having to improvise a night trip back!

Tramway: Tramway transportation has just been reintroduced and 8 lines are available in Paris and its suburbs (T1-T2-T3-T4-T5-T6-T7-T8)

Taxi: Cabs in Paris are quite expensive compare to the taxi that you have in other European cities. In Paris you are charged more than 6€ just to get in a taxi. If you need a taxi, book one via the call center: +33 1 41 27 66 99 (which operates 24 hours a day, and has English speaking callers).

Vélib' (City Bike): A good way to have fun with your friends and discover the city is by renting a city bike. Our city hall team offers a rental service for peanuts, so enjoy it!
In order to rent a bike, register directly on the Vélib' ATM (English, French, Spanish, German and Italian spoken). You can pay using a Mastercard and Visa International cards.
The fee for renting a bike for a day is 1.80€. After registration, you can use the bike free of charge for up to 30 minutes. Once this free time is over, you will pay 1€ for 1 hour of use, 2€ for 1:30 hours, 4€ for 2 hours and so on.
When you return the bike, make sure to keep it back properly if you want to see your 150€ deposit again ;).
The official Vélib' website will give you all the details.
Do not forget to respect the Highway Code, as your mum would have wanted, while riding the bike.
Finally, we recommend that you to rent the bike on Sunday when there is less traffic in the city.

Transilien (suburban railway): Transilien is our urban rail service that connects Paris to the suburbs much like RER does. The only difference between RER and Transilien is that Transilien suburban railway goes much further into the suburbs whereas RER operates only in the nearer suburbs. Transilien is the best way to discover the Paris region.
You have several destinations – from which to choose. You can start your trip from the train station in Paris (Paris Est, Paris Nord, Paris gare de Lyon, Paris Montparnasse, Paris Saint Lazare).
For more information, check the transport map or the Transilien official website.

Here you have two different family of transport title:

For the last one, you need to choose in which area you want to travel to know which zone you will need for making your pass. You can see our zone system on this map.

As you're gonna use public transport a lot, we fully advise you to make your pass as soon as you can.

Navigo Card: Optimal for a frequent use, you can use this pass in several way of transport (metro, bus, rer, urban train and tramway).
You can charge the pass weekly or monthly in the ticket office or on ATM's.
As you are not a permanent resident here and to avoid justifying that you lived here, we suggest us to order the "Navigo Decouverte" card. Of course you are able to top up the card weekly or monthly as classic Navigo pass with your "decouverte" card.
To know how much you are going to pay, we invite you to check the price  on the Navigo Website.
You will also pay 5€ more the first time to make the card.

Nb:since the 1st of September 2015 you can travel to all the zones with your Navigo Montlhy Pass.


Mobilis: Mobilis card is a day pass that you can use if you wanna explore the suburbs. This card looks like a metro ticket but you can use it all day long. Check also "Ticket Jeune Week-end".

Ticket Jeune Week-end: recommended because 50% cheaper than Mobilis card, you can use this day pass only during week-ends and public holiday if you're under 26.

Ticket t+: this is the metro ticket.
You can use it for 1 journey in the Metro, Bus, RER (only inside Paris) and Tramway.
If you need to use it for taking a bus, we suggest you to buy it in advance in metro stations because it's a little bit cheaper.
Check the website for more information about prices and use.

Train and RER ticket: you can use it from Paris to the suburbs with different railway transport (Metro, RER, Urban train). Choose the station you want to go and pay for the journey distance.